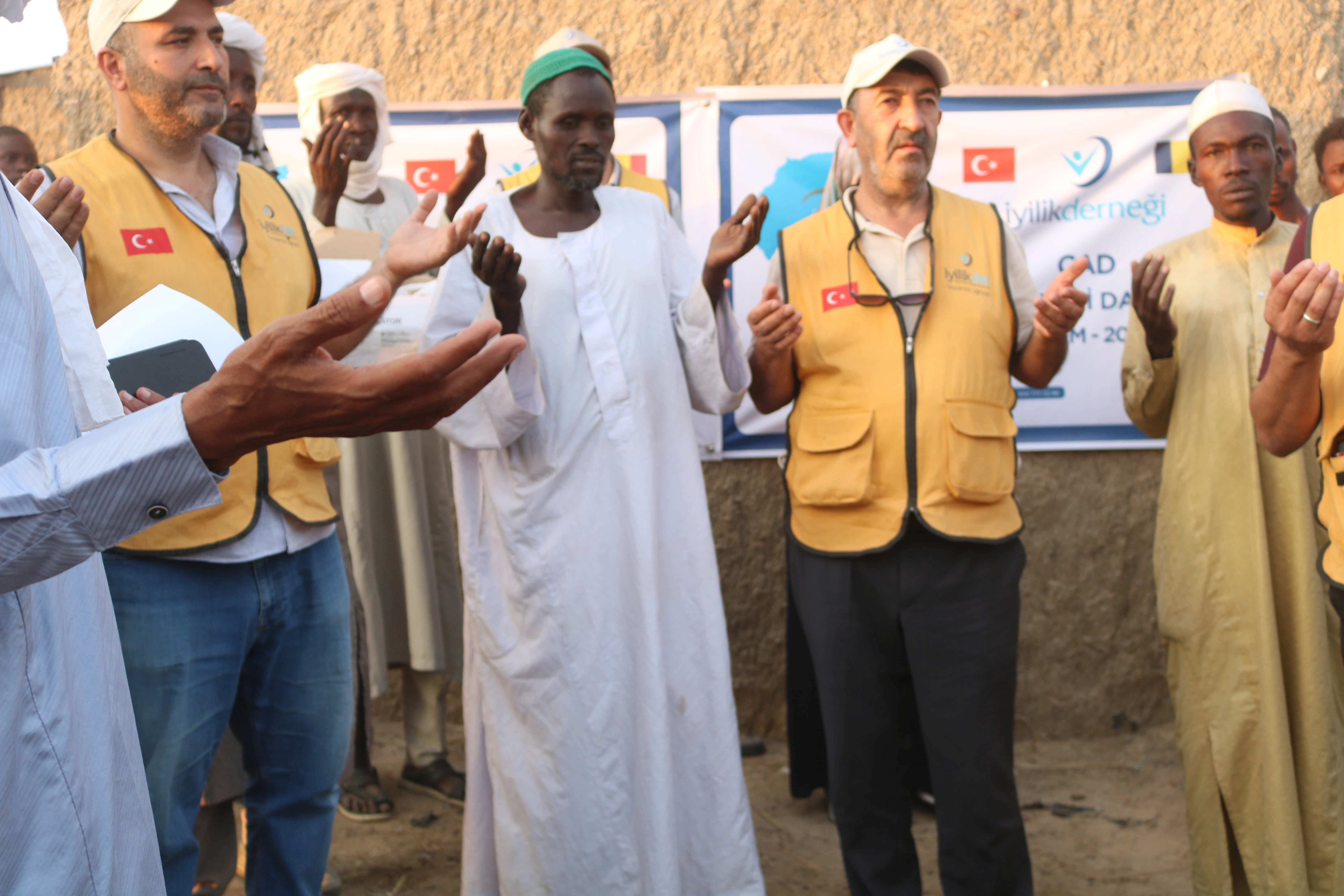 We completed our 21st Stage Dairy Goat distributions in Chad.

Our charity volunteers went to Encemine, the capital of Chad, which was affected by the heaviest seasonal rains of the last 30 years, to provide various aids.

As part of the "21st Stage Dairy Goat Campaign", our team, which went to Chad to create permanent livelihoods in Africa and support the development of poor families, completed the distribution of dairy goats. Thus, the total number of goats distributed in Chad reached 5000.

Our team also distributed 8 water wells, 800 hot meals and 700 Qurans. Our team, who also visited the local hospital, delivered their cash support to the people who were treated there. Our team, which also presented various gifts to the children, strengthened the bridges of heart between Turkey and Chad and returned home.

We carry out civil society activities to reach communities affected by wars or natural disasters and people in need in many parts of Turkey and the world.

This site has been prepared with Aidango Association Business Automation ERP